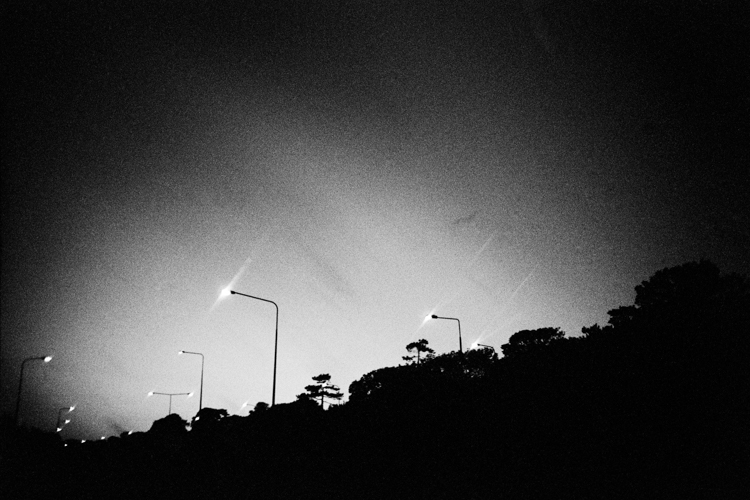 Photography projects can ‘work’ in any number of different ways. Most often in book form they are treated as a kind of narrative, that is, a sequence of images in a particular order intended to tell a particular story. Of course, photographs don’t allow for the kind of detailed exposition we see in cinema or in novels, so these narratives operate under a very different set of constraints, and yet the substance of the work in question often comes precisely as a result of its (narrative) form. A good example of how narratives can serve more than just a strategic purpose is Marcus Haydock’s recently published Insurrection, which relies on what is, for him, a characteristic indirectness to create a very powerful mood that has been cultivated and shaped into a distinctive mode of expression. It is not, at the same time, entirely without precedent; the vein of subjective photography in which he works has a long, if recently somewhat neglected history and Haydock has mastered the sort of open-ended vocabulary that the genre demands.

Of course, it might be strange to consider Haydock’s essentially personal, diaristic work as belonging to a ‘genre’ at all, but if we understand that designation to mean a particular way of thinking about how the medium might be used, it is obvious that there is a conception of photography at work here that is a familiar, if decidedly elastic one. This is the idea that photography can be a means of encountering the world and of communicating the experience of that encounter as it is lived by the photographer; it is, then, a record of feeling and of being. The work is structured around the (absent) figure of the photographer, who experiences but is not directly seen, so that the viewer can enter the narrative in their place, sharing the emotional space that is created by the pictures. It is not just the case that the work itself is ‘expressive,’ necessarily, despite the stylistic palette of heavy contrast and grain; it is that the pictures add up to a state of feeling, one that is never made explicitly clear, but which still defines the ‘story’ that Haydock wants to tell. The fact that the work relies as much on the atmosphere of the pictures, more so than any kind of conventional arc to move this story forward seems not only typical of Haydock’s aims, but also of photographic narrative in general.

But what is this atmosphere, exactly? It appears at once almost painfully lucid, so that every object and encounter is seen by the photographer as it is, a palpably real thing existing in the world, but also that almost everything we see (through the eyes of the photographer) becomes uncertainly situated, as if to suggest that the more we look the less sure we can be of how what we’re seeing connects to all that has come before and everything that will follow. It is this sheer contingency of experience that seems to define the work, the strain of living in a world that no longer fits the patterns we expect of it, where signs and their meanings have become fatally estranged. The sequencing favours an unmoored quality that plays on the specificity of what has been photographed (a subjective reality, but a reality nonetheless) and the difficulty of making this fit into a coherent whole. Described here on the level of feeling, these private reflections open out into a narrative about the uncertainties of contemporary life, creating for the viewer precisely the kind of experience that it accounts for, a succession of disconnected moments and glances that we try, perhaps vainly and perhaps not, to shape into something that is more than the sum of its parts. 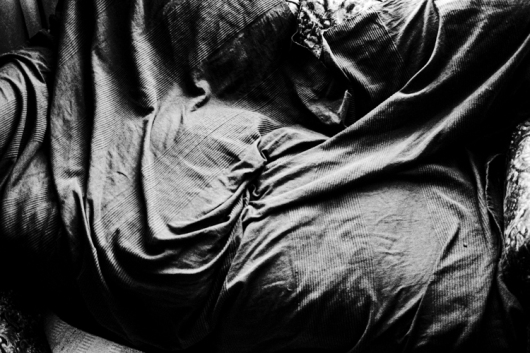 Marcus Haydock, from the series Insurrection 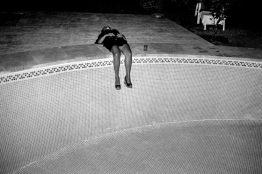 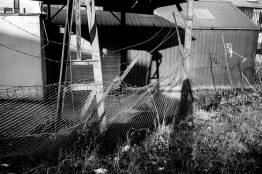 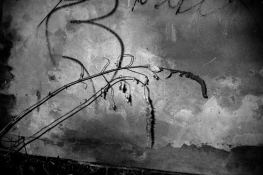 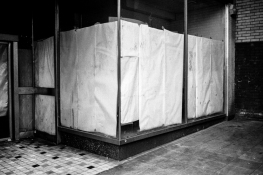 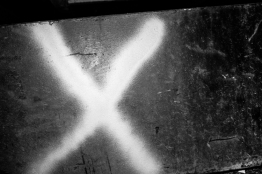 It would be hard to claim that Haydock intended to comment directly on the experience of contemporary life in this way; at any rate, the artist’s intentions are not present in the work, just the effect of what they have created. However, it seems to me that the ‘effect’ of Haydock’s work is to chart the feeling that is dominant in this, the age of uncertainty, as it plays out across different terrains and scales, the undertow of feeling that we now appear to have accepted as the basic condition of our lives. He is scrutinising one particular experience of the world (his own) in order to give the impression of a complex, unfolding present. The result is not polemic, but is – and indeed, largely because of its tangible subjectivity – a kind of statement about where and how people live, the background hum of anxiety that is an inevitable counterpoint of contemporary experience, which isn’t being pictured in terms of any specific ‘social’ content, but in ordinary, rather unglamorous scenes, even the detritus of everyday life.

The title, though somewhat enigmatic on the face of it, also gives a clue as to what is happening in the pictures. It is the suspicion that however concrete we think the world around us to be, however certain we are of what we know and believe, the ground can suddenly fall out from under us. Partly a consequence of our own historical moment and partly just the result of what it means to be human, we are confronted with the fact that our desires must remain stubbornly at odds with the harsh realities from which they emerge. There are a number of telling subjects that reoccur, rickety structures with no clear purpose, weeds, plain rubbish, the stuff we otherwise ignore and that Haydock repeatedly brings his (our) gaze back to, all the tedious compromises of the present. The way that these elements function as metaphors in the narrative is not contradicted by the descriptive aspect of the individual images. Similarly, he also offers a glimpse of the covert infrastructure of urban living – barriers, railings, the metal cage around a security camera – that marks the contrast between our perception of how the world is organised and the forces that really make it what it is, forever at the threshold of attention, threatening to rupture the illusions that we value most.

If the mood of the work is still decidedly cool, however, this is because Haydock takes an almost forensic approach to these subjects and encounters, rather than simply being resigned to the states of feeling that result from them. Of course, the sense of a private world ‘unfolding’ is ultimately a constructed one; the work is not merely transcribing these moments in the order that they occurred, the effect is one created by the artist. But its power rests on the skilfully maintained impression that a subjective experience can still be traced in the narrative, which is both complete in terms of what it encompasses – that is, a story being told in the ‘first-person’ – and as an exemplary account of a particular mood.  Sited at the intersection of the historical and, for want of a better word, existential, this is by no means spectacular work, in that its subjects are mundane and overall tone restrained, but Haydock has created something that speaks with considerable eloquence to the often deadening uncertainties of contemporary life.